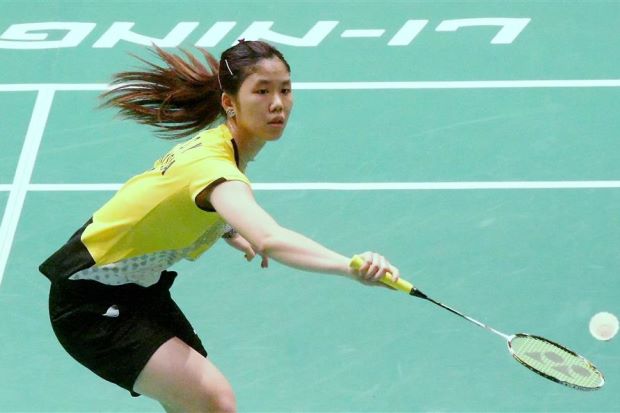 Asian shuttlers won two of the five titles at stake in the USD17,500 Yonex Belgian International Challenge which ended in Leuven, Belgium on Saturday.

For Uber Cupper Soniia, younger sister of former Malaysian national shuttler Lydia Cheah, winning the title in Belgium is the beginning of a new badminton career for the 23-year-old.
After a series of injuries which threatened her badminton career, Soniia finally won her first international title and hopes of better things to come and hopes to improve on her current world ranking of 183.

It was a remarkable achievement in Belgium for Soniia who began her journey with a 21-17, 21-13 upset win over another Dane - seventh seed Julie Dawall Jakobsen in the first round. In the second round Soniia stopped India's Rituparna Das 22-20, 21-11.

There was more to come from Soniia who shocked second seed Natalia Koch Rohde of Denmark in the quarter-finals, prevailing 21-16, 18-21, 21-16 in a three-set thriller to set-up a semi-final clash against Japan's Moe Araki. The Malaysian advanced to the final with a 21-14, 22-20 win over the Japanese.

In the men's doubles final Ching-yao-Po-han took only 33 minutes to beat Denmark's Frederik Colberg-Rasmus Fladberg 21-13, 21-13 for the title.

India's unseeded Sourabh Varma gave a good account of himself in the men's singles final against fifth seed Lucas Corvee but could not stop the Frenchman from taking the title with a 21-19, 21-19 win in 43 minutes.

Can We Hope for an all-Asian Gold?