The All England Open will start tomorrow. Will this be a tournament of surprises or will we see the same players claim their title from last year’s? These two questions will be answered in the following days but we do know one fact: we will see the return of world #1 Kento Momota.

As far as 2021 goes, we have seen quite a lot of surprises since badminton resumed having tournaments.

China hasn’t joined any tournament yet. Japan’s Kento Momota and Indonesia’s Kevin Sanjaya who weren’t able to join the Thailand bubbles due to positive Covid-19 test results have been tested negative and are now able to join the upcoming tournaments.

In the men’s singles, the All England 2021 will be a test for Axelsen. He has been defeating Asia’s Ng Ka Long Angus and Chou Tien Chen so far and dominates the category. Can he maintain his fierceness with Kento Momota back on the court?

The All England 2021 will be Momota’s first international tournament after being absent for a while for recovering from a car crash in Malaysia after he just won the Malaysia Masters in January 2020.

Looking back at the record of the meetings between the two players, Axelsen has won only once in 15 encounters, namely at the 2014 German Open. However, for this week’s tournament, Viktor has an advantage that Momota doesn’t have: he has already experienced and familiarized himself with the “new normal” atmosphere in 3 tournaments.

Previously in the All England 2019 finals, Momota defeated Axelsen in a rubber set of 21-11, 15-21, 21-15. Will we see history repeating itself this year or will Axelsen solidify his domination at the men’s singles?

The draw also plays an important part here. For the final of Momota vs. Axelsen to happen, Momota might need to defeat Anthony Sinisuka Ginting from Indonesia first. Despite Ginting’s inconsistent performance, he has defeated Momota four times.

Meanwhile, in the women’s singles category, Carolina Marin and Tai Tzu Ying have withdrawn from the game. Marin withdrew due to a recent injury while Tai withdrew for health reasons. The absence of these two players who dominated the Thailand bubbles gives Japanese representatives such as Nozomi Okuhara and Akane Yamaguchi an even greater chance to become champions.

While in the men's doubles, the All England Open will be the debut for the Indonesian pair Marcus Fernaldi Gideon/Kevin Sanjaya after a year of absence from the sport. The last time they competed was at the All England. Unfortunately, at that time, they were defeated in the final round by the Japanese doubles pair Hiroyuki Endo/Yuta Watanabe 18-21, 21-12, 19-21. In this category, the absence of representatives from China and South Korea could cause a greater competition to occur between the players from Indonesia and Japan.

Players from Japan also have a great chance of dominating the women's doubles. Two of its representatives, Yuki Fukushima/Sayaka Hirota and Mayu Matsumoto/Wakana Nagahara, are seeded in first and second position. Surprisingly, another country that is strong in this category, Korea, lacked any players. Even though they have players in other categories, Korea chose not to have any in this one. This included players pairs such as Lee So Hee/Shin Seung Chan and Kim So Yeong/Kong Hee Yong. Their absence sheds light on Indonesian pair Greysia Polii/Apriyani Rahayu, who are expected to be able to put up a good fight against the Japanese doubles pairs.

Meanwhile, in the mixed doubles, the defending champion Praveen Jordan/Melati Daeva Oktavianti from Indonesia will face tough challenges. Their inconsistent performances means that the title won last year is not guaranteed to be theirs this year. This is even with the fact that one of their toughest opponents from Thailand, Dechapol Puavaranukroh/Sapsiree Taerattanachai, will not take part in the All England 2021.

The All England open this year will be an interesting one to watch. Will players who won last year defend their titles, or will new faces emerge on the podium? The All England Open starts tomorrow and we are so excited to watch the tournament unfold. 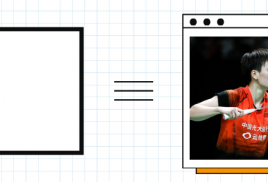