The recently-held Badminton Asia Extraordinary General Meeting gave the approval for a new Constitution, which unveils the new logo for the Confederation. The proposal by the Executive Committee (EXCO) was unanimously welcomed by all the delegates present.

The EGM in Kuwait City also announced the appointment of the Chairs for the new Sub-Committees, namely Para-Badminton and Women in Badminton, which are headed by Dr. Akhilesh Das Gupta from India and Miss Mastoora Arezoo from Afghanistan respectively.

Two Vice Presidents were elected to complete the total of seven vice presidential positions. Mr. Lu Gang of China and Mr. Kim Jong Soo Korea was elected unopposed into the two vacant positions after Mr. Jubaidur Rahman Rana from Bangladesh withdrew from contesting citing to preserve the unity of Asia. 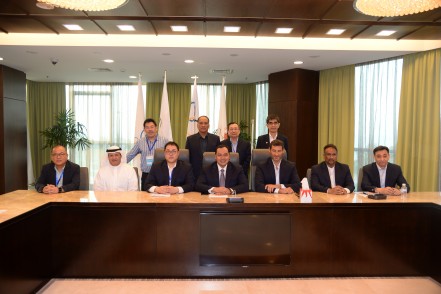 The EGM was a historical one as it charts the new era and a more dynamic Confederation which recognises all members as of equal importance and every member has a role to play for Asia.