While 11 teams will be battling for honors in the Badminton Asia Tong Yun Kai Cup 2019 (Badminton Asia Mixed Team Championships) in Hong Kong China it will also be an important stop for 10 aspiring badminton officials during the tournament.

The 10 come from eight countries - with two each India and Sri Lanka while Chinese Taipei, Thailand, Singapore, Hong Kong China, Indonesia, and China have one representative each.

Seven of the candidates will be tested for the coming Badminton Asia Certification while three others for the Badminton World Federation (BWF) accreditation. 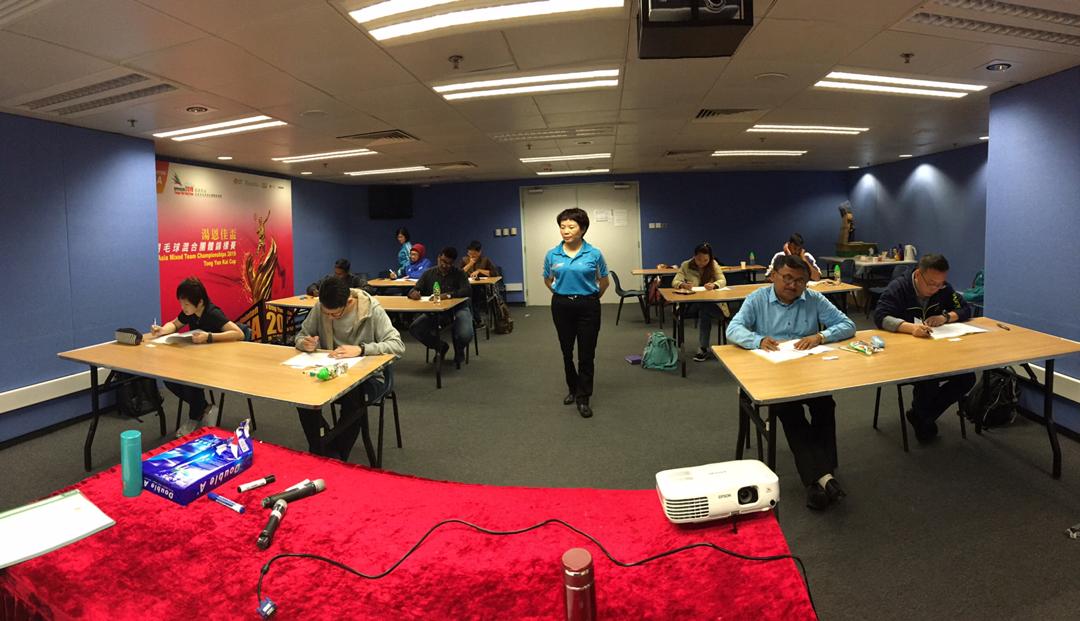 It will be a tough test for the 10 candidates as Badminton Asia has a set a high standard for its officials to be fully versed and keep abreast with the latest rules and regulations of the shuttle sport in the world.

The 10 officials will come under close scrutiny of two of Badminton Asia's best Course Conductors - MS Zheng Sanliang (China) and MS Yau Lin Na (Malaysia) who are not only experienced but bring with them a wealth of badminton knowledge.

Chinese Taipei, India, and Singapore are in Group B while Indonesia, Thailand, and Sri Lanka make up Group C.