A few years ago, people might not think of Dubai as a hub for badminton because of the dominance of other sports such as football. But make no mistake, over the last few years, badminton’s growth in the region has gotten bigger than ever, and pandemic or not, the rise is not stopping just yet. Badminton as a sport has been continuously growing in popularity all over the world, and this progress can be seen better than none other in Dubai, UAE.

Although the sport’s been on the rise for years, it wasn’t until 2014 when there was a major turning point. In that year, Dubai hosted their first World Super Series Finals where it was a huge success considering the fact that the sport wasn’t as prominent as it was before. From then on, the sport’s popularity amongst the public only went up. Mr. Jaffar stated that one of the indicators of growth was the spectators, saying that “In 2014, the total spectators at the World Super Series Finals was around 4,000. In 2017, there were in total more than 12,000 spectators in the event. It shows the growth of the fanbase”.

It was then when Dubai fully committed itself into building a solid foundation for badminton, focusing on the youth and building programs for children to practice and hone their skills.

The Growth that Keeps Going Even Through the Pandemic

During last year, when the COVID-19 pandemic hit the region and the world, Dubai didn’t sit back and do nothing. Instead, with social distancing rules emplaced, they were fully active in a variety of things including having online sessions for teachers and training for students to keep active and much more.

According to BWF, in 2021, Dubai is the home of almost “30 badminton academies, over 400 junior ranked players, over 100 certified TOs, and several world-class arenas”. It’s important to note that this success hasn’t come overnight. It’s been in progress over years, especially since 2014, thanks to the work of the incredible people of the UAE Badminton Committee and BWF Dubai Development.

As 2021 is progressing, so are there plans for the growth and popularity of the sport. The long term plans are ingrained into their vision of building a strong sporting foundation in order to develop a national body which can push badminton to further heights in the region, so they can compete with those outside.

As we start the new year, badminton’s presence in the region has heightened with the addition of Yu Fu Lai Sports, an indoor badminton courts with 8 Badminton World Federation (BWF) standard courts that opened last month at Dragon Mart 2 International City along with 2 table tennis courts in Dubai. Dragon Mart 2 is an extension of the Dragon Mart shopping mall, the largest Chinese ‘trading hub outside of China’.

With the addition of the 8 badminton courts, more people, young and old, from all different kinds of backgrounds can enjoy a game of badminton in an open, and vibrant setting. Having more courts in a public setting allows the sport to become much more accessible to all, which is what the UAE Badminton Committee has always aimed to achieve.

As Dubai opens new courts such as the 8 new ones at Dragon Mart 2, and continues to develop their programs for the youth, there’s no stopping the growth of the sport in the region, as it accelerates to become a new hub of badminton. Everyone, including Badminton Asia is excited and hopeful as Dubai moves forward to push the sport’s development to its maximum potential this coming year and beyond. 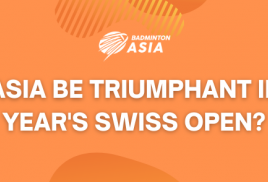 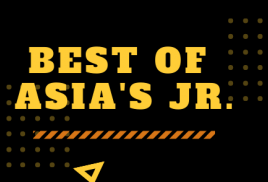