He may not have won Olympic gold or the world title but Malaysian Lee Chong Wei was adored and respected on the court around the world.

The 36-year-old Chong Wei announced his retirement as a professional shuttler in Putrajaya, Malaysia on June 13 and with that went his hopes of competing for the elusive gold at the 2020 Tokyo Olympics.

He was game for another Olympics but his doctors advised him to stay away after he was diagnosed with nose cancer after his last international tournament which was the Indonesia Open in Jakarta in July.

"It was a very difficult and heavy decision for me to make as badminton is in my blood. However, after taking everything into consideration my health is my priority," said a tearful Chong Wei to announce his retirement.

The Malaysian ace hogged the limelight for nearly two decades and his retirement has left a big void in the game in Malaysia.

Chong Wei was always a drawcard in tournaments around and is best remembered for his rivalry with Chinese legend Lin Dan.

The Malaysian turned out to be the "King of Superseries" and won the All-England four times with the first in 2010 when he beat Japan's Kenichi Tago 21-19, 21-19 for the title.

Malaysia's sports minister Syed Saddiq Syed Abdul Rahman described Chong Wei as "someone who comes once in a lifetime" and Malaysia is proud of him.

"It took me one month to decide on my future in badminton as a career," said Chong Wei who is married to former Malaysian international Wong Mew Choo and the couple has two sons - Kingston and Terrance.

Meanwhile, Syed Saddiq announced that to recognize the icon's contribution to the nation, Chong Wei has been picked as the Chef-de-mission to the 2020 Tokyo Olympics. 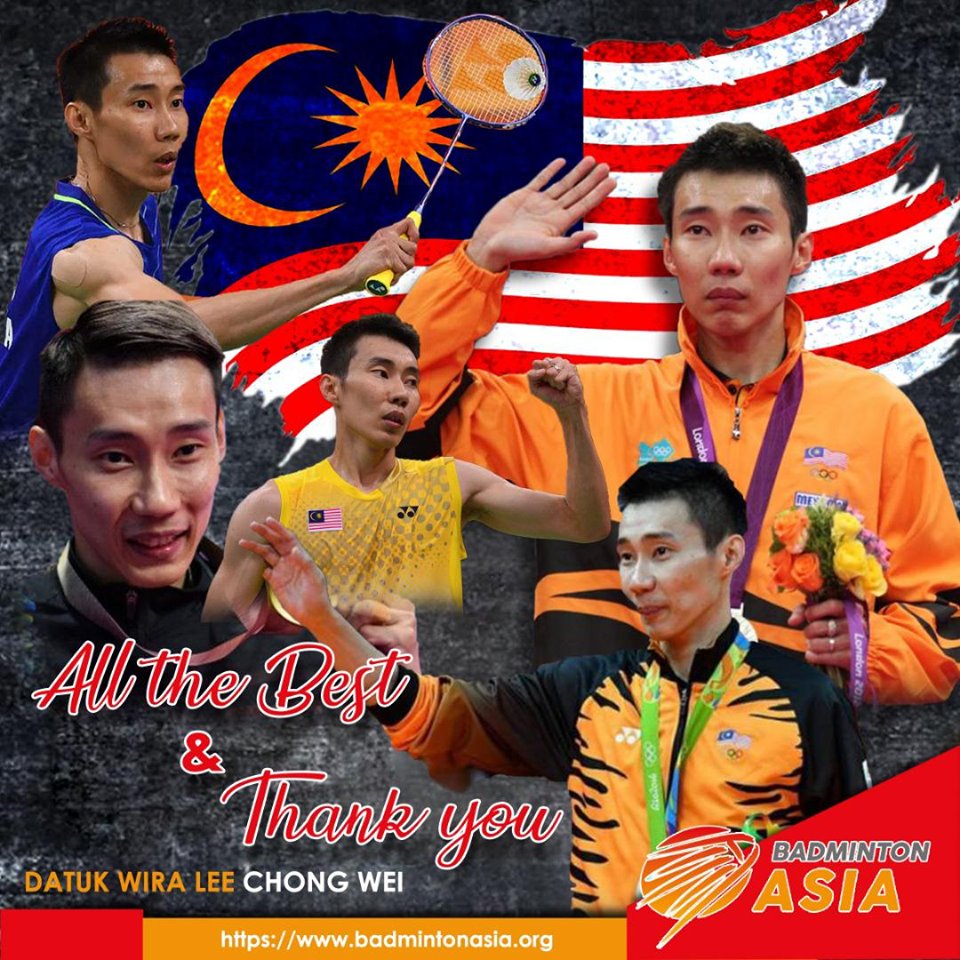