Badminton has always been known as a “sport for all”, meaning that it embraces everyone and is a sport that is accessible to all. So for players with a variety of physical disabilities, there’s para badminton. Since 2011, the Badminton World Federation (BWF) has been the governing body for the sport, which aims to continue developing and promoting para badminton to the world. At continental level, Badminton Asia has also been actively developing para badminton by creating more para badminton players as well as coaches.

Let’s have a look at Brunei, one of Asian countries where Para Badminton is developing.

Badminton Asia (BA) had the pleasure to speak with Md Zuno Kartono bin Ali, General Secretary of Brunei National Badminton Association and para-athlete Muhammad Najwan bin Hj Umar Ali, on their views and experiences with para-badminton in their country Brunei. They both shared the challenges they’ve faced in the world of para badminton, but also their goals and hopes for the sport in the future.

Md Zuno Kartono bin Ali (“Zuno”), is the General Secretary of Brunei National Badminton Association. He started playing badminton at 10 years old, and went on to represent Brunei at the 1997 World Junior Championships in Indonesia. After that, he continued his studies and only played badminton occasionally but was keen to coach young players in Brunei. In 2009, he came in contact with Brunei sports school and was appointed as an assistant coach, in which from then on he developed and started becoming a tutor for Shuttle Time in Brunei and also became a BWF level 1 coach.

His involvement with para badminton started in 2017, when he was selected as a representative for Asia to attend a tutor workshop held in Belfast. From then on he was a coach doing training and workshops for other countries as well.

According to Zuno, para badminton still lacks any strong footing in Brunei, especially before he joined in 2017. Zuno says that most people in Brunei are aware of badminton, but para badminton is still a sport that most people are unfamiliar with, and a lot of this is due to the fact that there is a lack of players and resources available. Currently, there are only 4 active players in Brunei. All of them are male, with two of them in the wheelchairs category and the other two in the standing lower category. In addition, these players are older  (1 player is 20 years old and the others are above 30).

This means that the foundation for younger para athletes to develop and grow is not yet available. Beside that, there’s also a lack of wheelchairs that are suitable for playing para badminton.

Another important challenge was the lack of funding, which directly links to the lack of resources and development for the players. “We tried to get the support from the government, but the only problem for them is the budget. Because when we want to send a player abroad (for competitions) there is a requirement that a player must fulfill and for most of them, the requirement is too high”, Zuno explains.

The Road to Development

But despite the challenges that Zuno and the Brunei National Badminton Association face, they’ve slowly but surely taken steps to develop para badminton in the nation. Since he was appointed, Zuno has brought in the media for exposure and in 2018 brought a player to the Para-Badminton International Thailand Championships.

Before increasing awareness of the sport to the public, members of the association must be familiar with it first. To ensure that, Zuno started implementing some communication strategy regarding para badminton within Brunei National Badminton Association. “We want to implement the awareness of governance of para badminton”, he says. “We are going to call all the executive members and related coaches and we want to make them aware of where para-badminton is now (in Brunei). Before, the governance of para badminton was separate, but now para badminton’s governance is under the Paralympic Council Brunei Darussalam (PCBD) which is my area, and as a secretary general I also handle the development and tournaments of badminton in Brunei”.

The second strategy Zuno mentions is to host more roadshows and workshops for athletes and their families in which they share knowledge and insight into para badminton as a whole. Furthermore, they plan on hosting a ‘para-badminton sports day’ to increase awareness and accessibility to para badminton to the public and to hopefully create a program one day that will bring in more of the public and athletes together to play the sport. By having public programs, it will hopefully bring in more interest for younger players to join. “We are going to start the development programs from the younger ones because it aligns with our PCBD strategic plan” Zuno states.

While there is still a long way to go, Zuno is hopeful for the sport. “I hope para-badminton in Brunei  keeps growing,” he says. “Because, now we have a new executive member in our association and also we have a new executive member in PCBD. Most of us are active members and are hoping that para badminton will  grow in Brunei because we try as hard as possible to make it work in Brunei. We have found a few new players and we hope for the continuity of the para badminton programs according to the proposed strategy”.

Najwan’s Experience as a Para-badminton Athlete

Muhammad Najwan bin Hj Umar Ali, known as Najwan, is one of Brunei’s para badminton athlete. He first started to get involved with para badminton in 2018 through the para association. He has an impairment in his left leg and competes in the Standing Lower (SL4) class. In 2018, Najwan became the first Bruneian to compete at the Para Badminton training camp in Thailand. He also won 2nd place in a national Brunei tournament which was not a para badminton event.

When it comes to Badminton Asia (BA)’s involvement in the development of para badminton, there is undeniably great progress but also a lot of room to grow. Just like in badminton, many of the top athletes in para badminton come from Asian countries, such as India, China, Japan, Malaysia, Thailand, Indonesia, and more. In many of these Asian countries, they’ve also hosted several para tournaments over the last few years. However, in many developing areas there’s still a lot of work to do.

Para badminton is a relatively new game for Badminton Asia, so a lot of the progress that’s been made is not only focused on the development of the players, but also on building the foundation of the sport into all parts of Asia.

There are currently very few para badminton tutors from Badminton Asia, and those include Zuno and Jaffer Ebrahim from the Bahrain Badminton Federation. Both Zuno and Jaffer have been involved in disability coaching workshops in the last few years. BA hopes to increase the numbers soon.

Badminton Asia has been and will continue to conduct training camps for both players and coaches, where the aim is for coaches to help the players grow. In several developing countries in Asia, BA has started recruiting players to get more involved in para badminton tournaments.

Currently, BA is also keen to start a project similar to the Asian Olympic Project (AOP), that trains great para athletes for the Paralympic Games. BA hopes that with this program, many para badminton athletes can receive scholarships, training, and resources to help them be more qualified to participate in international tournaments.

Badminton Asia with the support from BWF, will continue to push for the expansion and success of para badminton, and in line with those goals, several initiatives will be taken place. However, all of this cannot be done alone through just one organization. Badminton Asia, along with the Member Associations, needs to be working together in support of the growth of the game, through communication and dialogue, in order to provide the resources to ensure the sport’s future. 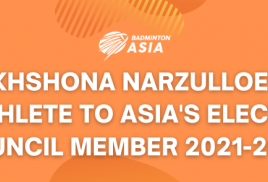 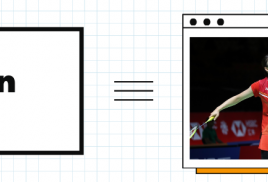 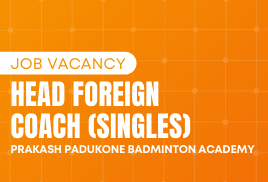