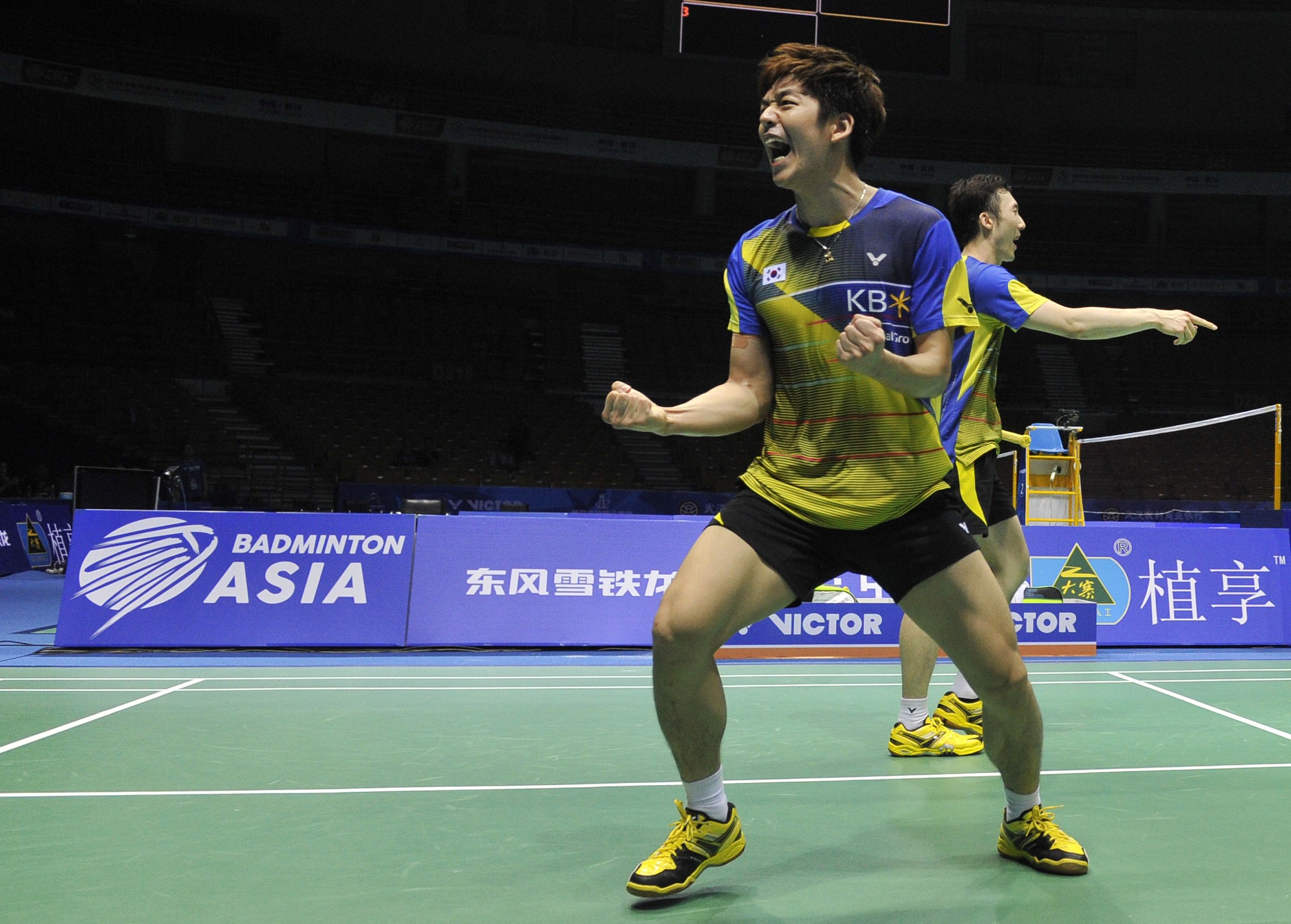 Lee Yong-dae got what he wanted - to retain his Victor Korea Open men's doubles title with partner Yoo Yeon-seong - in his final international match in front of his home fans at the Seong-nam Indoor Stadium on Sunday.

With the title came USD47,400 in prize money while the young Chinese pair, the world junior champions pocketed USD22,800 for their efforts. The Chinese won their first Superseries title by winning the Yonex Japan Open last week.

The badminton world certainly miss the Korean ace. His badminton fans came in droves to watch their idol in action for the last time in national colours at the 'young' age of 28 after having given 14 years of "national duty" to his beloved Korea.

Yong-dae and Yeon-seong will cherish the win for the rest of their life and acknowledged the overwhelming supports from the fans inside the stadium. Two lucky fans went home with Yong-dae's shirt.

It was fitting farewell and a well deserved one and retaining the title was his 43rd Superseries title and 69th in total in his illustrious badminton career that will leave a vacuum with his retirement.

The name LEE YONG-DAE will remain etched in the hearts of badminton lovers not only in Korea but throughout the world.

Retaining the Korea Open title was a "Dream Finish" for the pair.
While the Koreans celebrated Yong-dae-Yeon-seong's win Korea were denied a clean sweep of the titles although they also won the mixed doubles title through Olympic bronze medallists and top seeds Ko Sung-hyun-Kim Ha-na and women's doubles through Jung Kyung-eun-Shin Seung-chan.

In the mixed doubles final the Korean pair exacted sweet revenge on China's No 5 seeds Zheng Siwei-Chen Qingchen for their 21-10, 21-15 defeat in the Yonex Japan Open. This time around Sung-hyun-Ha-na romped home to a 21-14, 21-19 win in 38 minutes,
Defending women's singles champion Sung Ji-hyun surrendered her title when she was beaten by Japan's No 7 seed Akane Yamaguchi. The Japanese won 20-22, 21-15, 21-18 after a 74 minute battle.

There was also disappointment for the home fans in the men's singles when Son Won-ho's (No 6 seed) failed in his bid for his first Korea Open title. China's unseeded clinched his first Superseries title with a 21-11, 21-23, 21-7 win after a marathon 84 minutes which was marred by Wan-ho's broken shoe.