Grace on her Badminton Journey in Lebanon

For someone who saw "no future" in the game and did not know what badminton was about and how it was played, Grace Obeid has now embarked on a badminton journey to promote the sport in her country Lebanon.

Thanks to Badminton Asia's "Shuttle Times" program, Grace a physical education teacher at Jesus and Mary School in Lebanon, is today the prime promoter of the sport she is now "deeply in love with" in her country.

Grace readily admits that she was "totally blank" about badminton when some people from the Lebanon Badminton Federation came over to the university and talked about the sport.

Badminton Asia officials won her over during a Regional Umpires Training Course in Lebanon. More was to come when Grace, in turn, won over her family, who also knew nothing about badminton.

"Frankly, dropping out was on my mind and I even turned up late for a briefing. But I decided to have a go in the new game and sport (which was alien to me)," said Grace who is currently in Suzhou, China for Badminton Asia Umpires Accreditation Course.

She had earlier come through regional courses in Kathmandu, Nepal, and Miryang, South Korea. Her first brush with umpiring was in Lebanon during the West Asian and Arab nations badminton tournament in September 2018.

"This was the first time there were so many umpires (eight of them) from Lebanon in an international tournament and I was one of them."
One person who also played a pivotal role in Grace taking up umpiring is none other than Jassem Kanso, the president of the Lebanon Badminton Federation who is also Badminton Asia treasurer.

Grace is determined to take her umpiring to the next level and is enjoying her newfound love for the sport. She has taken it upon herself to change the mindsets of parents to allow their children to play the "beautiful" game in a country where football and basketball top the list.

These days the 33-year-old Grace talks nothing but badminton and has managed to get families, including hers, hooked on the game. Grace is delighted that her very sports talented brother Imad has also taken up badminton.

"Imad is a very talented sportsman who was only into football and basketball before this. Today, he has taken up badminton. More importantly, my family who never knew what badminton was, is also into the game now.

"They are practically glued to the television when there is a live telecast of a badminton tournament," said Grace, who at one time saw "no future" in badminton.

Today, she carries badminton equipment in her car and stops anywhere when she sees kids playing football or other sports in her village (Ain El Delbeh) and introduce badminton and show them how it is played.

And she is winning them over. A new journey has begun for Grace and the game is set to flourish in Lebanon. 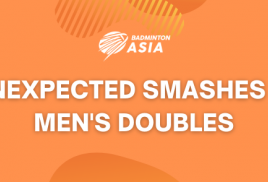 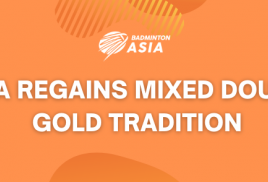