Japan swept to a 3-0 win over Korea to retain the women's team title in the Badminton Asia Manila Team Championships in the final at the Rizal Memorial Coliseum in Manila on Sunday.
However, it was World No 3 Akane Yamaguchi who put Japan on the winning path. She toiled for a good 83 minutes before clinching Japan's first point in the first singles with a thrilling 21-18, 19-21, 23-21 win over An Se Young.

It was a heartbreaking defeat for the 17-year-old Korean rising star who was left in tears while Yamaguchi and the Japanese bench celebrated.  Se Young had to be consoled by her teammates and team officials.

With Yamaguchi setting the tone Japan's first doubles Yuki Fukushima-Sayaka Hirota was in the mood stretch the lead and this they did it style - winning 21-16, 21-16 in 53 minutes.
The Fukushima-Hirota pair were also in the team in Alor Setar but did not get to play as Japan had already won the title without playing the second doubles.

Second singles Sayaka Takahashi did not let her team down as she gunned down Korea's No 1 Sung Ji-Hyun 21-16, 21-12 for an unassailable 3-0 and the winning point.

Japan head coach Park Joo Bong it was another title in the bag in the Asian Championships.
''We wish China was here and played them in the final. Still, we are happy to have retained the title with a weakened team,'' said Joo Bong, referring to Nozomi Okuhara who skipped the Asian Championships to take much-needed rest to prepare for other tournaments. 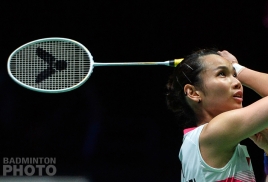 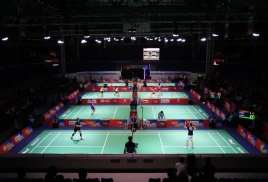